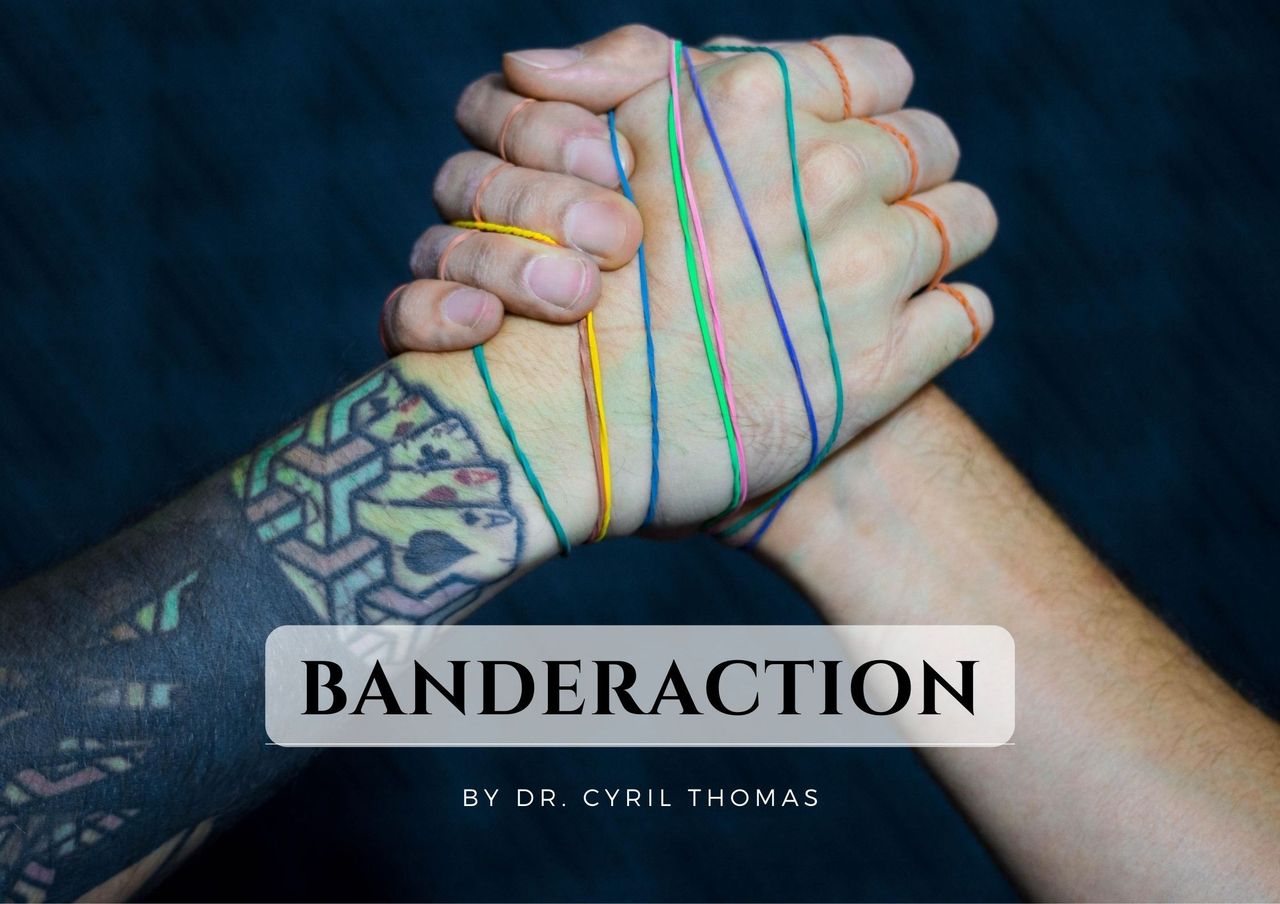 Once a decade, an unknown magician emerges from nowhere to revolutionize our art. Dr. Cyril Thomas is the one in rubberband magic.

” Cyril is one of my favorite rubberband creators. His methods are amazing and very visual. Just Buy it!” – Joe Rindfleisch

In this project, you will learn step by step how to perform 7 miracles that are among the most visual never invented in rubberband magic. And the best part of it? All of them can also be performed in spectator’s hand. Imagine the wonder they will feel when a band will disappear, reappear, penetrate, merge or change color on their own innocent hand and kept as a magic souvenir! This is not

a dream, this is not a phantasm, this is Banderaction.

No gimmick involved, all these gems only use regular rubberbands and insanely creative and novel methods directly from the future!

Dr. Cyril Thomas is a French lecturer in psychology and in this project, he will guide you step by step to learn in details all the subtilities behind each moves and how to perform them impromptu.

Here is what you will learn in this very unique journey :

*** The rubber hand illusion: make a rubberband penetrate the spectator’s hand after showing it both sides. The fairest and most visual hand penetration never invented.

*** The quantum paradox: make a rubberband jump from your hand to spectator’s hand. Already fooled? This is just the beginning. Then, you make it jump back on your hand with no apparent move of your fingers! Now you can be fooled.

*** Depersonality trait : in a blink of an eye, swap a rubber band that is placed around spectator’s hand with the one that is around your own hand. A pickpocket 3.0 demonstration.

*** The Lazarus effect : imagine making a band vanish while it is trapped around spectator’s hand. Crazy hun? But wait! Then it reappears from nowhere! If teleportation existed, it would looks like this.

*** The molecular fusion : for this last experiment, the spectator becomes the magician. He-she holds the two extremities of a rubber band and when he-she release them, they visually merge as liquid. This is an UFO that looks like real sci-fi.