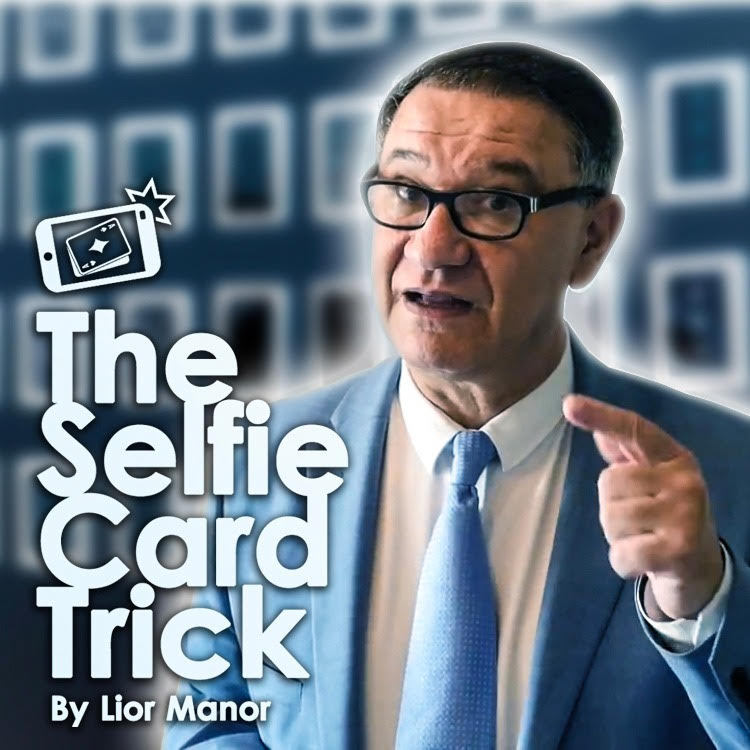 *** For Professionals only***
This is a solid routine for the mentalist who wants to add some humor to his act
or for a magician who already have some humor in his act and wants much more.
The only problem is that

I can’t describe the routine.
Once you see it you can immediately do it.
It’s like the paper balls over the head
or the Egg Bitter or other routines that the audience see
everything and the volunteer is the only
one that is not in the game.
Here is what I can tell you:
it’s a 21st century update of the card on the forehead routine with a new clever twist that takes the effect to a new level. It involves all the audience and it’s very funny.
3 members of the audience takes videos while you do the routine. There are variations with numbers and names.
The spectator can get a special gift
with a memory for the rest of her life.
You can also make a special reel for your show when you collect all the reactions.
It’s great for parlor and stage
and can even done once in a walk around situation.
It will get very strong reactions.
It was the hit of the Event/Session in London magic convention. And the hit of Blackpool 2019 convention.
There also some variations that can be used with SvenPads or DFB.

So why would you buy something that you don’t know exactly what it is?
More than 650 people bought it already and they are more than happy
****************************************.
Buy it if you know about the reputation that Lior Manor have in the mentalism world and more important, in the real world as a very busy corporate infotainer that flys all over the world for many years.
If you watched Lior’s Penguin Live Lecture than you know the level of his real world material.
Lior Manor is the inventor of the Invisible Touches, Talk To The Screen, The Mobile Opener, The Big Trivia and many other original concepts. All of them has a very strong effect with a very strong presentation but they are all very easy to do.
Lior received the Dunninger award and the creativity award from the Psychic Entertainers Association.
Lior does workshops all over the world for mentalists and he consulted the the top mentalists in the world.
————————————–

“Lior Manor does it again. The name of the game is ENTERTAINMENT: keep it simple, keep it direct…no hard moves or pipe dreams, just an extensively tested and hilarious routine from a true pro!“
Oz Pearlman

“Lior manor is one of the busiest working magicians I know and his magic is designed to amaze and entertain people in the real world. This routine is no exception, it’s not just a great concept it’s a complete detailed routine designed by a true pro.”
Asi Wind

“Lior’s TSCT is another fine example of his creative use of our time honored principles, in unique, innovative and supremely entertaining ways.“
Scott Alexander

“It’s wonderful! I think it will join “Paper Balls over the Head” and “Card on Forehead” as classics of playful magic — and unlike those other effects, “Selfie Card Trick” is a natural for a mentalist show. Bravo, my friend!”
Chris Philpott

I love it.
Ken Weber