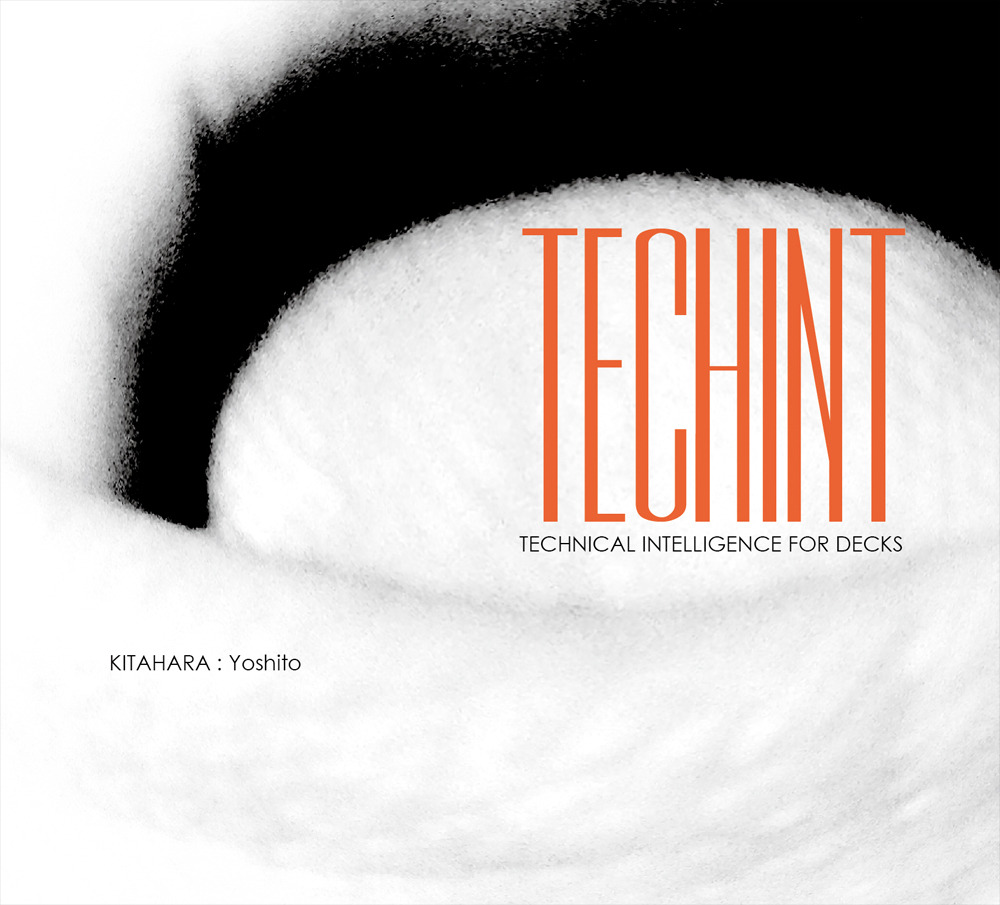 TECHINT (Technical Intelligence) is a series of moves for cards. Every move is visual, unique and adaptable to any performance style. Yoshito has been performing each move for nearly a decade perfecting each move so that it is as deceptive as possible. Never before has any of these moves been published and Yoshito has kept these moves a secret, until now.

Yoshito is an underground magician from Japan who strives to be unique and original and TECHINT is the perfect example of his a magician that will stop at nothing to make his magic unlike anything they’ve ever seen.

1 .Zip Up Spread: Fancy display for the ribbon spread.

6. Quantum: A minimal approach of a single card jumping.

7. Cliff Control: A card control from the top to a certain position in the deck.

8, Bench Force: A simple dribble force without any breaks.

9. Casimir Production: A card production with a flourish.

11. Flat Wink: Quick color change. No covering with the hand and doesn’t leave anything in the deck (reversed card etc…).

12. Kepler: A confirmation move to show this is a single card, while you perform double lift.

14. Molt Change: A visual color change with a revolving motion. You can show maximum area of the card during the move and again, it does’t leave anything in the deck (reversed card etc…).

15. Spin Shot: Card shooting from the middle of the deck.

17. Perpetual Cut: Variation of one handed cut with altered finger position in order to keep the speed and sustainability.

19. TC Control: A logical and natural top control with riffle and cascade.

20. Ligand Production: New visual production which used to only be possible with gimmicks.