Switcher by Asi Wind (Re Upload) 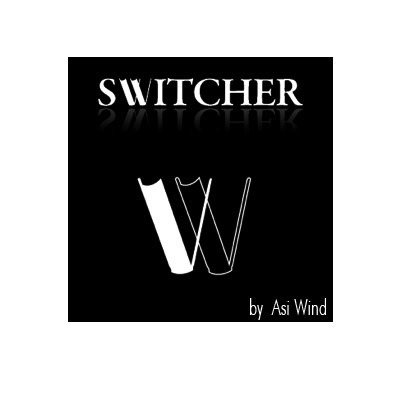 “You should have released this in a limited edition, one for you and one for me.”
– Jon Armstrong

“No misdirection, no blackout, Switcher is the covert utility device for any professional mentalist or literate thief.”
– Apollo Robbins

Asi’s reputation maker is now released for the first time. A utility device for magicians and mentalists that enables you to secretly switch one book for another in full view of your audience.

Effect: A spectator chooses one book from a stack of books; then he chooses and tears out any page. The page is marked and burned. Finally the spectator finds the page restored and bound back in the book which he held throughout the routine. The book may be given as a souvenir.

Includes a DVD with a live performance and in-depth explanations. Plus bonus routines.