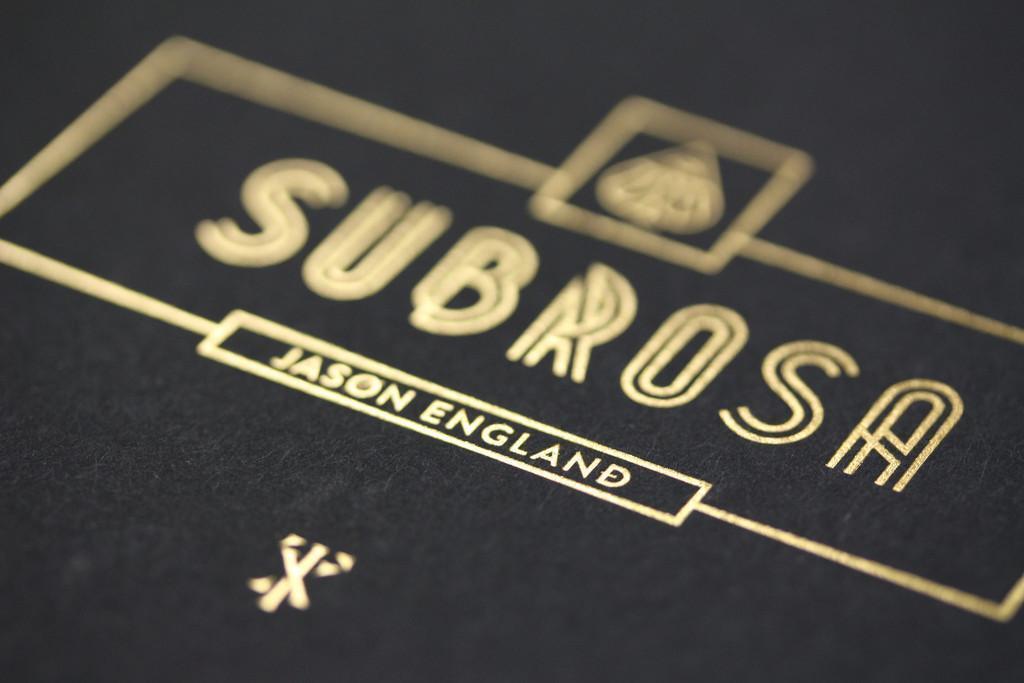 One of the last true remaining secrets in magic.

A move, a technique, a tool that has been closely guarded for over a century. Mentioned in print only a handful of times throughout history. This is the first time that the complete workings have been made available to the magic community.

The basic concept behind Sub Rosa can be learned in a matter of minutes and can be put into use in a matter of hours — even by a total beginner. Complete mastery of the techniques and concepts

will take longer of course, but you’re in control of the difficulty at all times. Once you’re familiar with the concept, you’ll be armed with the tools necessary to perform this with ease.

Sub Rosa requires a special deck, and we include TWO – a beginner’s version that is easy to work with and an advanced version that is nearly undetectable. Each deck is handcrafted by Jeremy Hanrahan. Learn tips, bonus ideas, and applications in 40 minutes of step-by-step instruction. There’s a reason this concept has been kept secret for over a century – it’s THAT good. Welcome to SUB ROSA.