SLIDING DOORS ACAAN by Joseph B 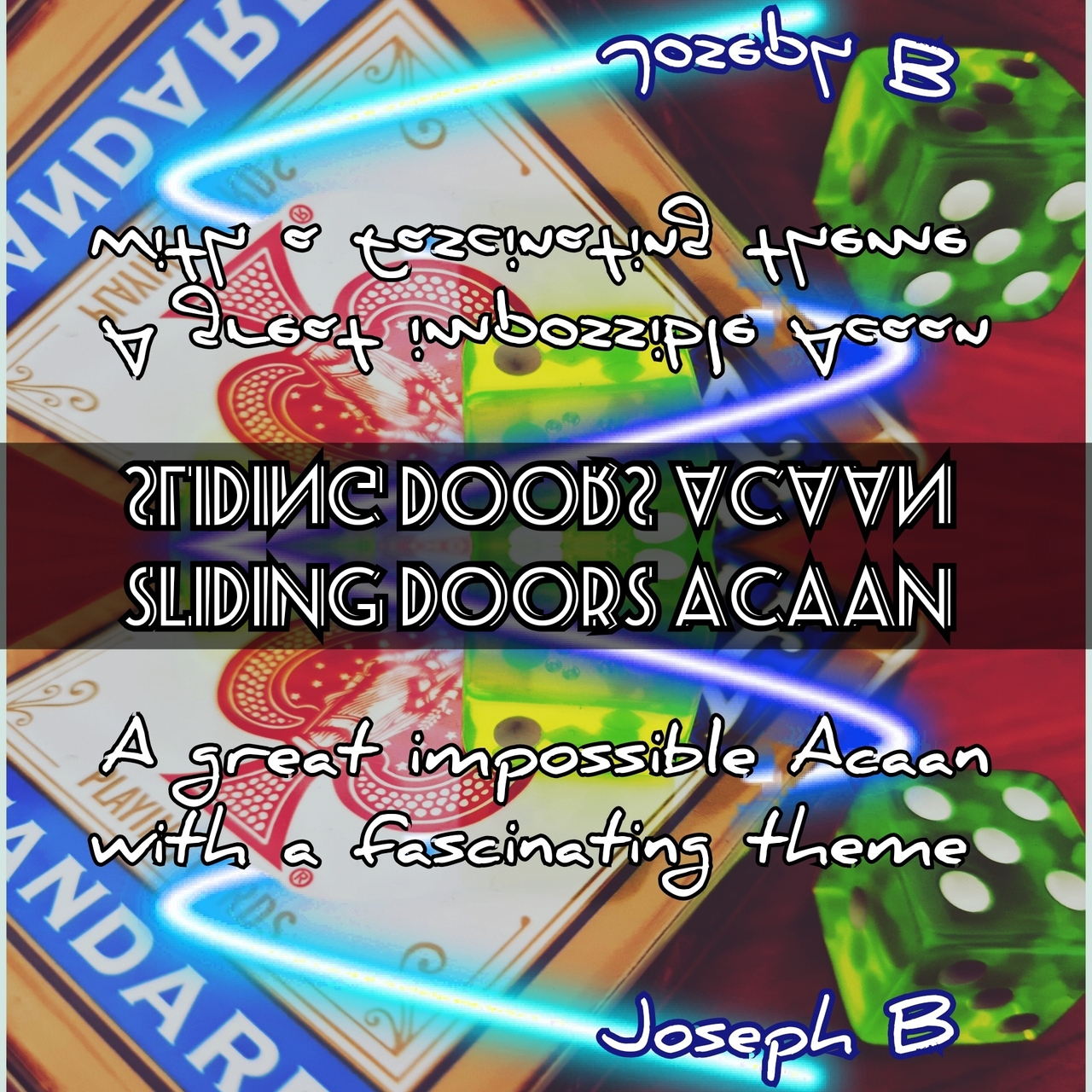 Sliding Doors ACAAN is one of the most powerful effects you can add to your repertoire! The spectator will certainly remain speechless because of the extreme impossibility.

Effect:
The spectator chooses a card by freely cutting a third of the deck. After that, the spectator reinserts the card in the same place and the magician always looks away. The Magician shuffles the deck and divides it into two parts. One half is given to the spectator and the other one is for the magician.

At this point they shuffle the respective halves of the deck several times and finally the two halves are shuffled together.
The deck is shuffled, no doubt!
The magician asks for a decisive choice: the spectator will decide whether he wants to count the deck from below or from the top, without any ambiguity! The spectator decides freely.
Then the spectator rolls three dice and adds the three together. For example, if the total is 9 and he has chosen to count from above, the ninth card will be incredibly the chosen card. Eventually the magician will show that if he had decided to count from the bottom, the ninth card would have been any card and not the chosen one!

Additional supplies may need in order to perform this effect.

Previous The Frog by Manuel Llaser
Next Treasury by Derek Ostovani