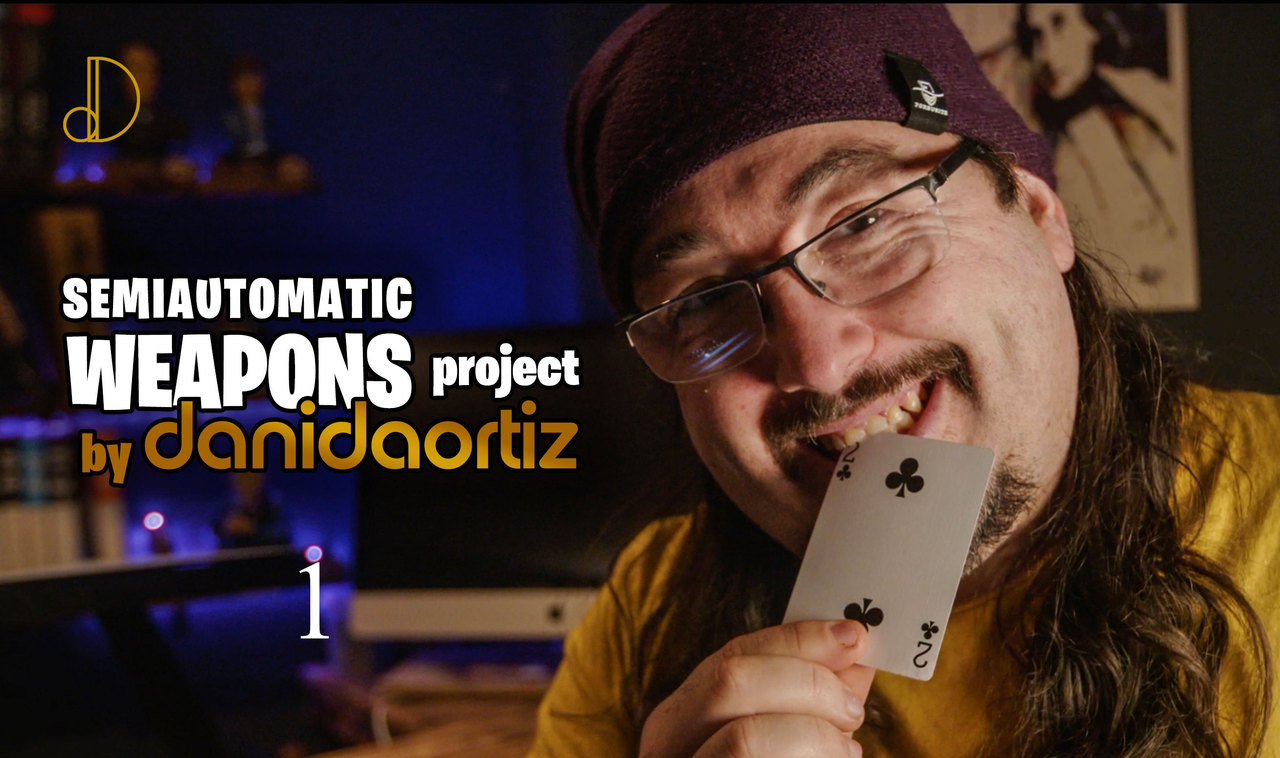 In the first lesson of the Semi-Automatic Weapons Project Dani starts off with an incredible effect that turns you into a human lie-detector. The deck is offered to a spectator to hold. The magician turns away and has another spectator cover their eyes. While their eyes are covered the spectator shuffles the deck. They are then instructed to deal the cards one at a time face up onto the table and say the identity of the cards out loud. As they deal they are allowed to lie about the identity of their selected card.

The moment the spectator lies the magician somehow knows, and interjects that the audience member has told them the wrong card.

This lesson, an hour in length, includes an amazing trick that gives the magician the ability to be a human lie detector.

Lesson One of The Semi-Automatic Weapons Project kicks things off with a wildly powerful trick and the mind-expanding principles behind it. This is a trick that is going straight into your repertoire. In addition, you’ll become privy to the secrets that make the magic of Dani DaOrtiz so disarmingly devastating. It’s time to go to school with Dani DaOrtiz in the first lesson of The Semi-Automatic Weapons Project.

Previous The Poliza by Adrian Vega
Next SHADE by Eric Caraballo