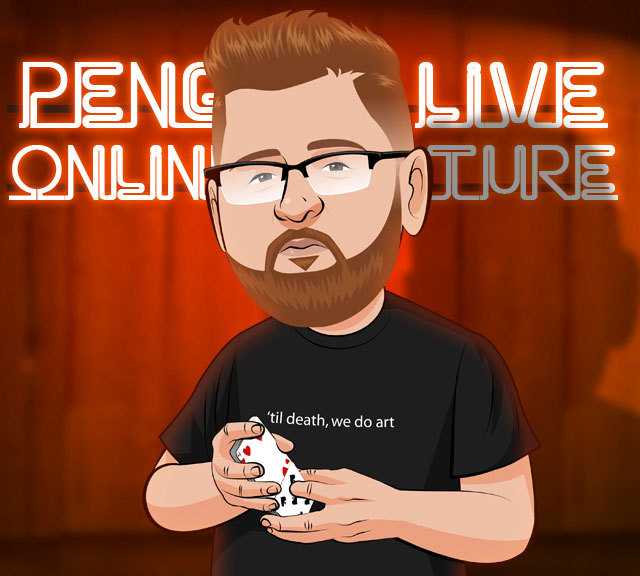 “Nicholas empowers you with the tools needed for some of the most direct visual magic. Clever and creative.” –Garrett Thomas

“Nicholas’ work consistently delivers beautiful, highly visual impact effects on the level that all of us grew up wanting magic to have… His designs create what REAL magic would look like…If you have a chance to get an insight into his mind and approach, I strongly suggest you take it.” –Jason Latimer

An all new lecture filled with visual magic, fun new methods and insight into how Ncicholas creates his unique, crowd pleasing effects.

Loose Change- A pile of change instantly and silently morphs into anything you want.

Download- A super easy to make gimmick for a jumping ink effect. Nicholas really goes in depth with this method. As a bonus you will learn Symbolized a 2.0 version of this concept.

Lillypad- Another easy to make gimmick that allows you to switch an unfolded playing card right under the nose of your spectator. This is great for open predictions and can even be used as a gimmick to make your cars under box impossible.

Cap- A quick visual effect where you take the cap off of a sharpie and make it instanlty jump back to recap the sharpie. This is great for when you have a spectator sign a card. Just a small moment of magic that really enhances an effect. This is a DIY gimmick very easy to make and Nicholas teaches everything you need to know.

Popped- A corn kernel pops inside your hand!

Nicholas is an internationally known magic creator from Buffalo, NY and specializes in Close-up Visual magic. He currently live’s in Las Vegas, Nevada. He has published dozens of DVDs and downloads,. He has also consulted for some of the top magic professionals from around the world, including Dynamo, Joshua Jay and Shin Lim.

Where can you see the greatest creators and performers share their professional magic act in front of a live audience and then teach you to do it? Only Penguin LIVE: ACTS!

Many of the ideas shared have been held back for years, and you can only learn it at Penguin LIVE: ACTS!