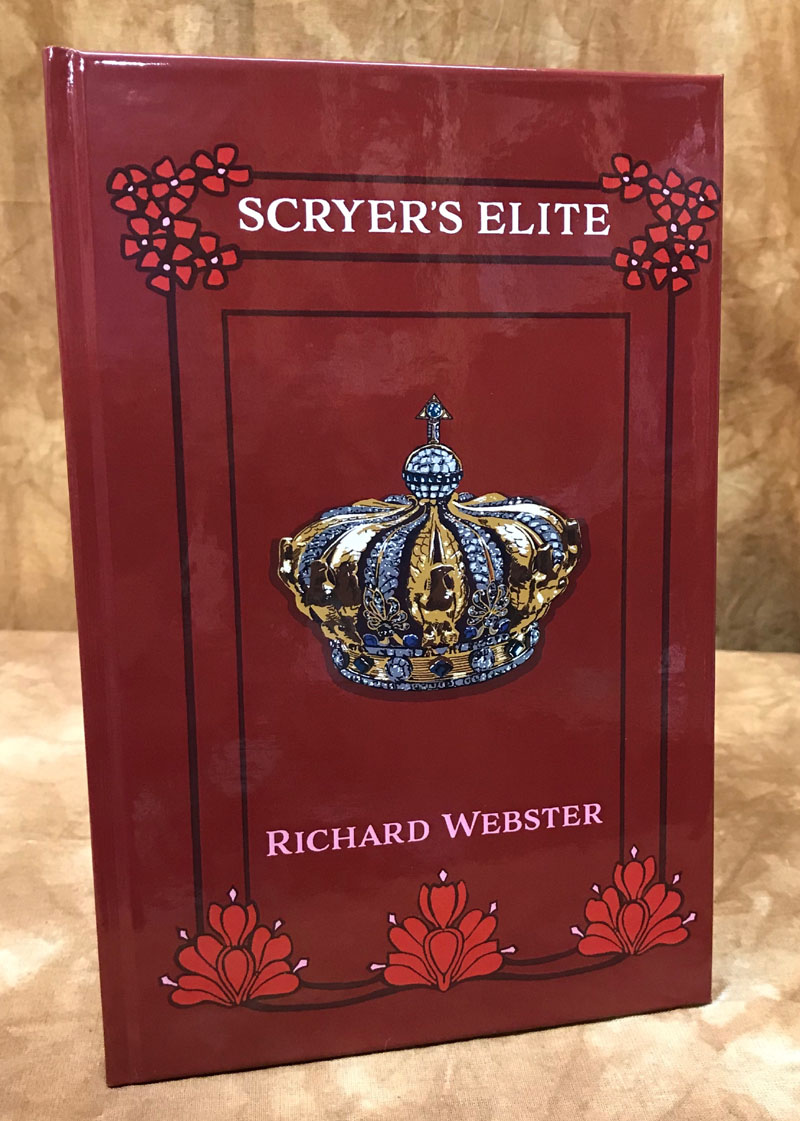 MY THOUGHTS From Paul Romhany: Editor Vanish Magazine
If you are a mentalist then this book is a MUST read. The material contained in here is pure Gold. Richard and Neal are the very best in the business and when ever they collaborate on a project you know it’s going to be amazing. Every routine in here is hand picked by Richard and Neal and so it’s the elite of the elite from the contributors.

I think the key to Neal’s material is his delivery and style. He is moving away from mentalism and is now a full-time intuitive consultant and healer. While the material in here is considered

‘mentalism’ you can understand how powerful the material is when performed by Neal. If you keep this thought in mind from Neal I think it will serve you well, “Treat people well. The good that you do will come back to you in many ways.” You get this idea in Neal’s material. Everything has a good vibe about it. The methods are often simple but in the real world they are extremely strong. This book is filled with a variety of material from the use of cellphone and pendulum to a great effect with invisible thread and photographs.

The majority of material in here is from Neal’s friends and it reads like a whose who. There is everything from Tarot cards to Voodoo to an amazing piece by Michael Weber called Rose Bowl where you give readings from roses in a bowl of water. For me this was one of the highlights of the book and it really does create the most amazing moment. If you give readings then you will LOVE this!!! Richard Webster also has some great pieces in here and I think his battery pendulum is such a great way to introduce the pendulum to somebody who has not done it before. It really makes so much sense and is the perfect lead in to something else with a pendulum.

What I truly enjoyed about this book is that a lot of the material uses ordinary props such as business cards, rose petals and tarot cards. This book is not meant for the general magician or even mentalist, but for those who want to leave their spectators with a much more powerful feeling than simply tricks. Scryer and Webster know the real secret to making a performance strong and believable and leaving a spectator with memories they will never forget. The material in here is designed for just that purpose and for people who know how to present it. I liked Micahel Weber’s opening remarks in his Forword, “… we are well on our way to reaching “Peak Mentalism.” Any day now we are likely to see some version of “Flashback,” “MOAB,” or a “Peek Wallet.” included as part of a children’s magic kit. What you will find in here, and especially if you have followed Scryer and Webster as I have, is material that is designed to leave an audience with a feeling of true wonder, something very personal to them, and leaving them feeling better than when you started.

Neal Scryer – without question has made an indelible mark in the world of mentalism. Neal, his friends and peers include the greatest names in the art. Neal has an almost cult-like following. Additionally, his books, exclusively produced by Richard Webster – are some of the most successful in terms of demand, content and sales. While it all started with the Black Book, it grew into a variety of other successful “must-have” projects.

With exception of a few downloads, Neal has remained out of the forefront for years. When asked “if and when” he would write again the answer was always “only if it was something truly special.” That moment has arrived. Neal Scryers latest – SCRYERS ELITE – is simply a must have book. Visually consume the list of contributors – and you will quickly agree that it is very rare to have a collection of such prolific and respected minds one on project.   The return of Scryer is here and its very impressive!

Plus a few extra routines from Neal

Contributions from the top names in the art are as follows:

The Annie de Montfort Seance – Anthony Jacquin: This is an impromptu seance anywhere anytime with one person or a whole audience simply amazing . This is brilliant from a brilliant hypnotist in my book to be the greatest hypnotist of our time and proud to call him a friend.