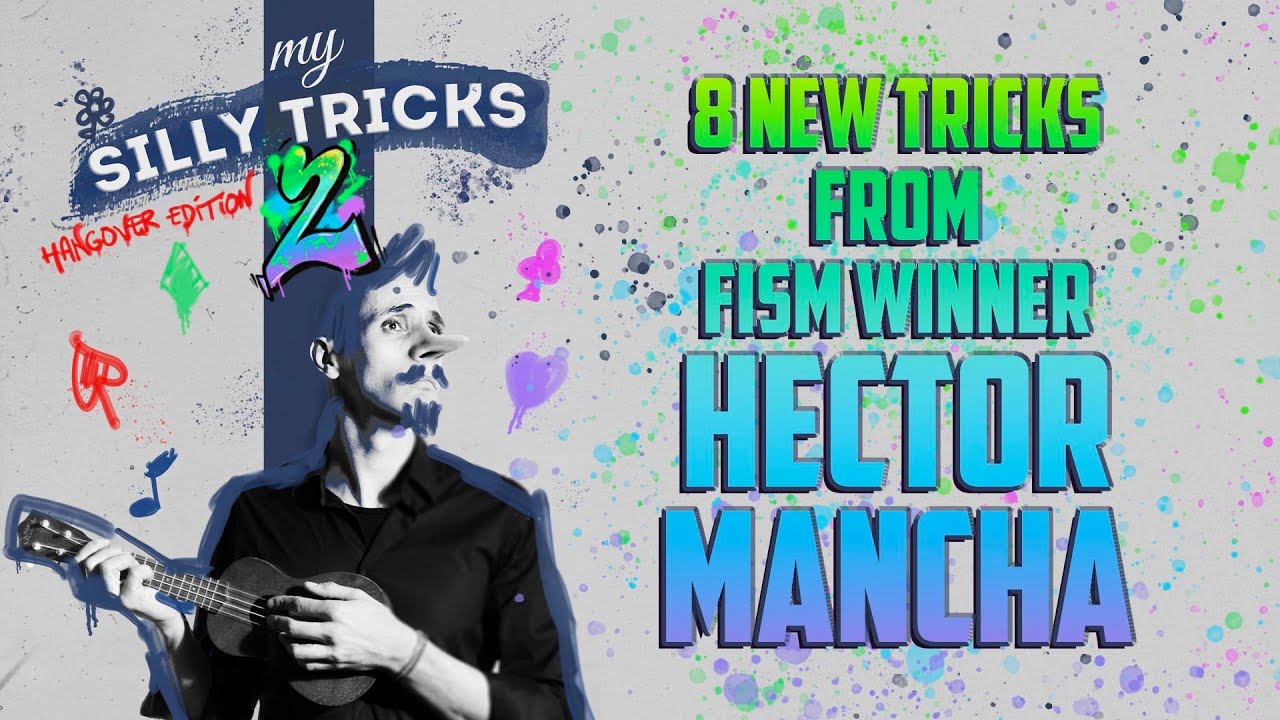 The tricks contained within Hector Mancha’s new download “My Silly Tricks 2” are many things. Astonishing, creative, unusual, unique, surprising–but if we’re being honest with you, they’re not really that silly. That’s just Hector’s quirky style coming through.

Now, the trailer, that is silly. There’s nothing in magic like it. We promise. But then again, there’s nobody quite like Hector, either. He’s a FISM Grand Prix champion.

This download has 8 fantastic, workable routines. Best of all, the routines use unusual props. Two standout items for us include a highly deceptive trick with a harmonica and a borrowed bill to

impossible location that is as clever as it is strange.

Watch full performances of every effect

There’s over 90 minutes of detailed instruction, and the video will make you laugh as well as think.

If you’re interested in hard-hitting close-up magic, this is worthy of your consideration.

Previous THE BEND by James Kellogg
Next ORACLE A.C.A.A.N BY STEFANO NOBILE