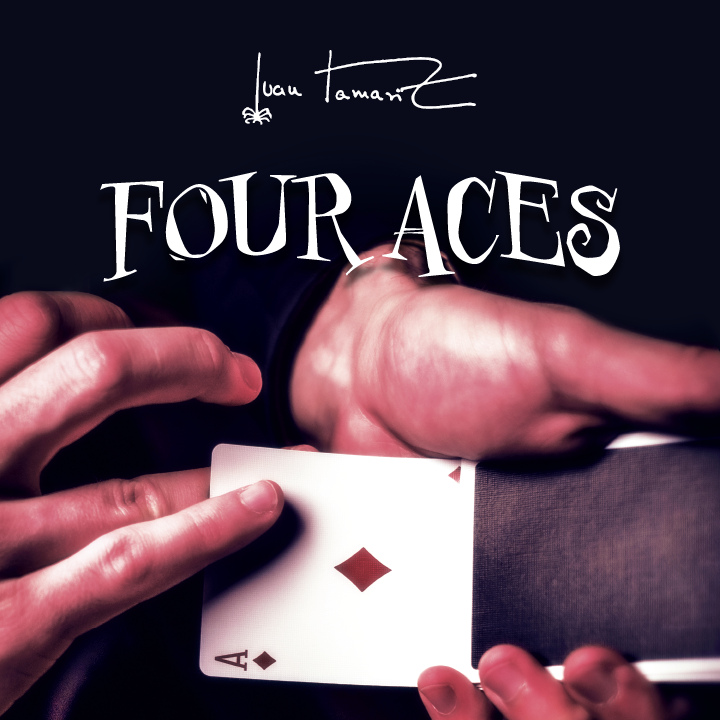 Give a spectator anywhere in the world the ability to produce the four aces from a shuffled deck. Developed by the master of Verbal Magic, Juan Tamariz, and presented by Dan Harlan, The Four Aces is the perfect way to do a gambling demonstration over Zoom, Skype, even over the phone. Direct from Juan

Tamariz’ amazing book Verbal Magic, this effect is a truly remarkable ace production that will leave your audience speechless.

Originally performed over the radio by Juan Tamariz, this effect is as amazing in person as it is over the internet. Expertly taught by Dan Harlan, you’ll learn the mechanics of the effect as well as a full presentation and the nuances to perform this ace revelation even though you aren’t in the same room. This simple to perform trick is a powerful effect that magicians of all skill levels will love. This is The Four Aces by Juan Tamariz, presented by Dan Harlan.