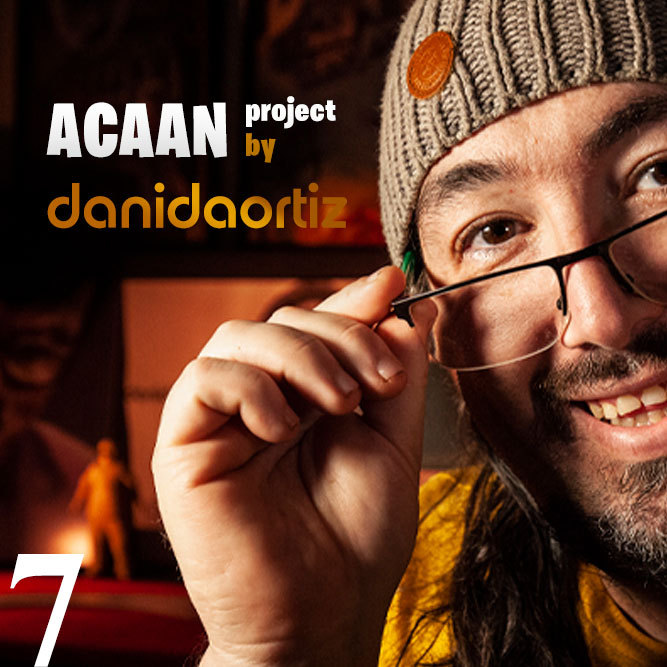 In Lesson 7 of the ACAAN Project, Dani takes you through not only naturalness but a self-working control of cards. You’ll learn Dani’s Undetectable Placement Card At Number that features a way of generating a number that will blow your mind with a pair of borrowed decks. In this variation, both decks are borrowed and shuffled! Any card is selected from the first deck and returned to the pack. That deck is isolated from the magician. The second deck is cut into three packets and spectators cut and exchange packets of the deck. When all is said and done the top three cards of each packet are revealed and totaled into a final number. That final total is dealt from the top down in the isolated deck and, astonishingly, the selected card is found at that number.

The lesson, just about an hour in length, is a masterclass with Dani in taking advantage of naturality to place cards where you want with your audience none the wiser. Key takeaways for the student are:

Undetectable Card Placement
Most magicians use so many moves and actions that the audience instinctively feels the sleights happen. Dani solves this problem with a wildly direct approach to controlling not only the spectator’s card, but also exactly where it ends up in the deck. This is an exercise in naturalness that will change the way you handle a deck of cards.

Audience Self-Justification
Dani’s open moves and bold methods fly by magicians and laypeople alike because they self-justify everything he does. Audience Self-Justification is a deadly principle that will allow you to get away with effects that you never thought possible before. Dani takes you through this philosophy of magic in conjunction with the way he moves his body and handles the cards so that your audience will never remember the bold moves that make the most incredible magic possible.

The Visual Count
This open method of knowing the number of cards in play is a rare skill that every card magician should have in their arsenal. Dani breaks down his sight count technique that allows him to know exactly how many cards he has involved in the effect. This is more than just counting cards. This is a method to place cards in positions without difficult pinky counts or complicated run-up work. The Visual Count is a real-world method to practically place cards where they will get you maximum impact.

Lesson Seven of The ACAAN Project is a card magician’s performance theory masterclass that Dani combines with diabolical controls and next-level performance theory. In addition to learning the Undetectable Placement ACAAN, you’ll become privy to some of the secrets that make the magic of Dani DaOrtiz so disarmingly devastating. It’s time to go to school with Dani DaOrtiz in lesson Six of The ACAAN Project.