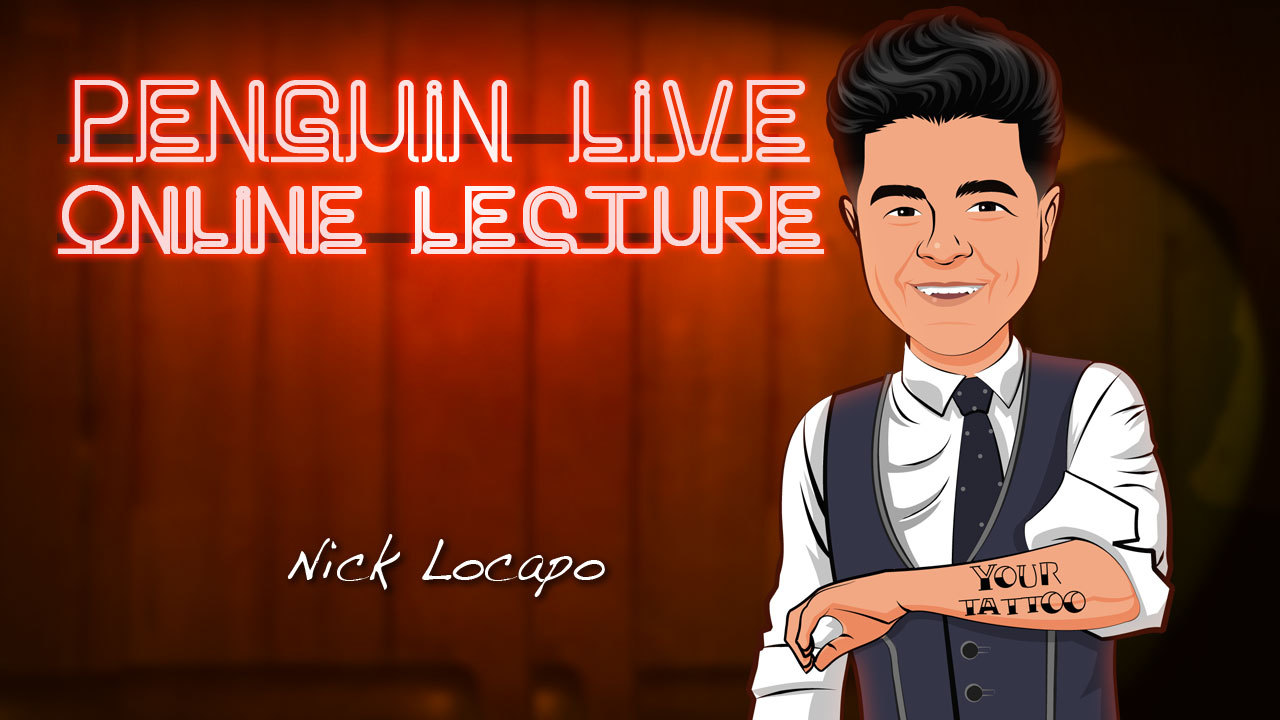 “Nick Locapo is a consistently solid entertainer whose clever, professional, well-polished routines are enjoyed by all who are fortunate enough to witness them. Plus, his hair is amazing.”– Dan Harlan

“A true professional with an endearing stage personality. Besides enjoying just about everything he performed, he managed to completely fool me! I know that I am looking forward to his upcoming lecture; you should too!“- Cody S. Fisher

“Nick performs A TON, I think he’s addicted to it. Fortunately for us that means his original creations have been perfected before he gives them to Magic community. “– Shaun Dunn

“The stuff in this lecture is not only road worthy worker material that destroys Lay people, it’s well taught by someone who knows what good magic is. Nick Locapo is more than the face of Penguin Magic. He’s the real flippin’ deal.“– Erik Tait

“I’ve seen Nick perform hundreds of times, literally… and he never disappoints. Definitely one of the few guys I know that can rock ANY crowd!“– Brandon Gerald

Nick Locapo is one of the hardest working magicians in America. Over the last decade he has he has performed his close-up and stage act for over a million people, and thousands of organizations.
He spent 5 years as a featured magician performing at NBC Universal Studios, a state of the art American theme park and entertainment resort complex in Orlando Florida.
Today, Nick is a resident performer at P3 Magic Theater in Columbus Ohio. Nick also works for Penguin Magic, the biggest magic shop in the world. He teaches the newest magic available to magicians everywhere.