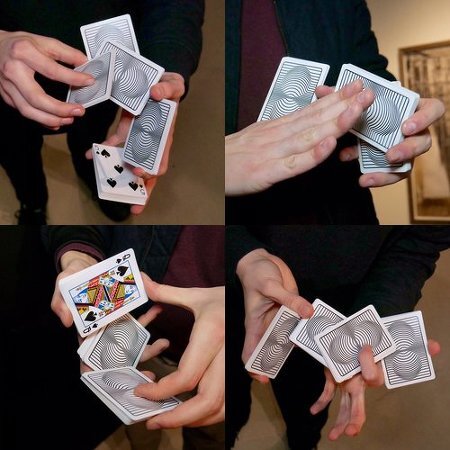 Albatross, Swiss Knife, Ventrilo and Tailormade were first showcased in the 2014 video ‘Wheels Within Wheels’. These four flourishes had been carefully engineered to compliment each other – and the underlying creative process later turned out to play a pivotal role in the development of Oliver and Tobias’s characteristic style of cardistry. They found their formula for creating compact, practical two-handed cuts.

Detailed explanations are now finally available after countless requests – both separate and as part of a 40+ minute tutorial pack.