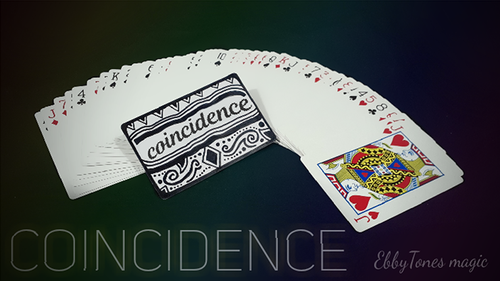 Have you ever experienced a coincidence?

But is it really a coincidence or a written destiny?

Imagine a magician pulls out a deck of cards and is shown in front of the back of the card and normal, then the magician takes 1 special card out of his wallet, then puts it at the bottom of the deck of cards, then the magician tells the audience to choose a card randomly with the card facing up and the audience is more free to choose the card they want, without forcing or blind choice, well this is where strange things happen… because when the magician takes his special card which is placed at the bottom of the stack of cards and open it, is a prediction written that’s said.

The ending magician show all the cards is red and each card is different and only the spectator’s choice card is one blue card.