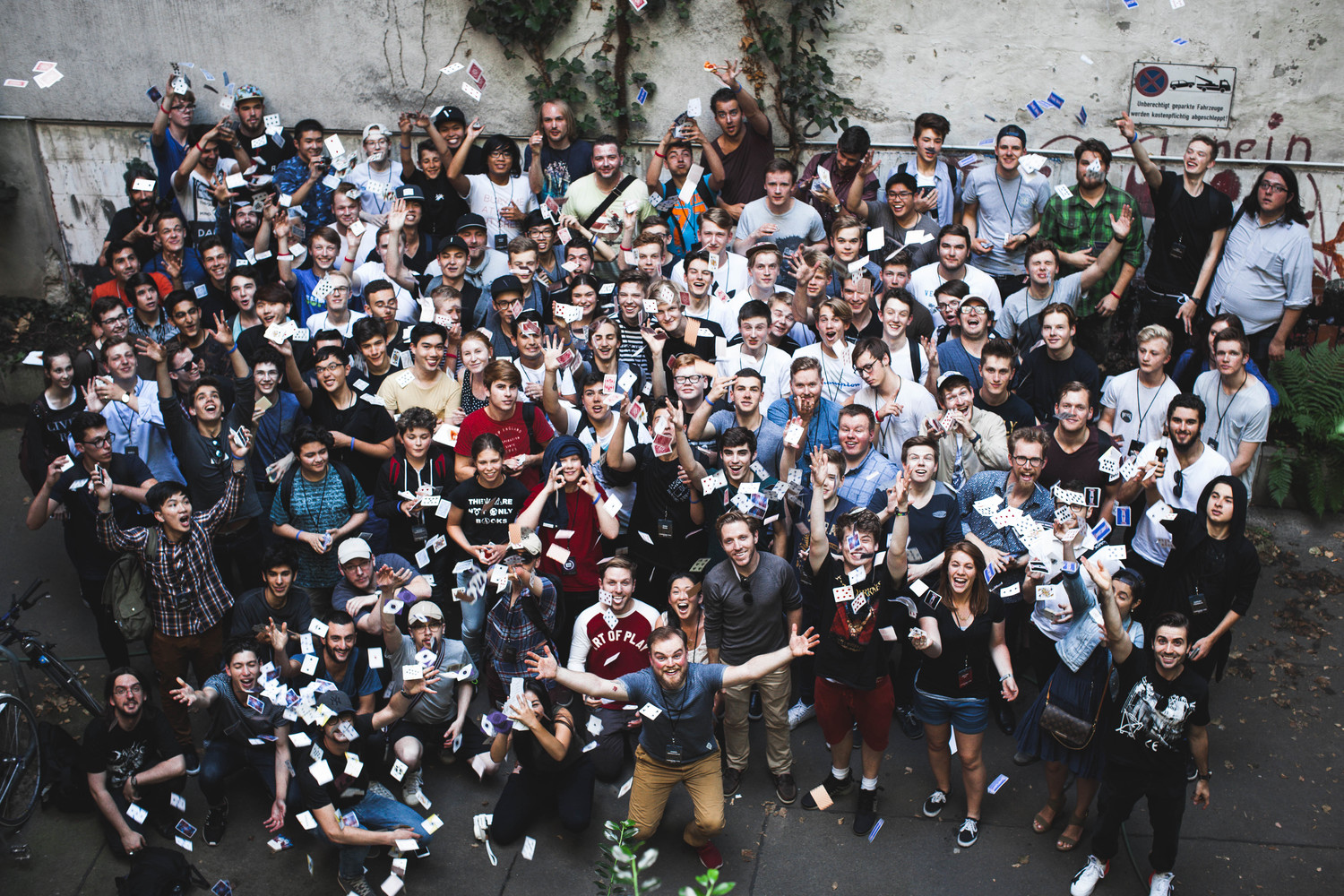 Cardistry-Con is an interactive conference centered around the art of cardistry, where cardists from all over the world can gather and explore the limitless expressive potential of an ordinary deck of playing cards.

As a blossoming art form gaining rapid popularity, we want to provide a platform where cardists around the world can gather to push the art forward: a place to share ideas and be inspired, learn from one another and collaborate, and have an absolute blast together.

By gathering the community, we believe cardistry will flourish like never before.

The event will take place in in Brooklyn, New York, from April 10th-12th, and will feature some of the best cardists in the world. Events will include talks, panel discussions, live performances, exclusive video screenings, Q&As, workshops, contests, giveaways, and more.

WHY WE NEED YOUR HELP

Last year, we hosted a small gathering for cardists to gauge interest for an event of this nature. Here’s a quick look at just how awesome it was:

It only lasted one afternoon, but that was enough to leave a strong impression on all those who attended. And ever since, we’ve continually been asked, “When will the next Cardistry-Con happen?”

While it has been our intention to hold another Cardistry-Con, it is the ongoing support and interest in the event from the community that has inspired us to make this year’s Cardistry-Con much, much, bigger.

This year’s conference will span an entire three-day weekend with 14 of the best cardists in the world headlining the event. But that’s not all…

We want this year’s Cardistry-Con to involve as much of the community as possible, so we’ll also be live-streaming the conference online. This means that regardless of where you are in the world, you’ll be able to watch and interact with all your favorite cardists at the conference.

Of course, we can only do so much on our own: things like renting out a venue, securing headliners, multi-camera setups, and live broadcasting software all cost a fair bit of money. But with your contributions, we’ll have the ability to make this year’s event as epic as possible.

The more this project gets funded, the greater the experience will be for both those attending in person and those watching online.

It’s up to you to make Cardistry-Con as awesome as you want it to be!

We’ve reached out to some of the most talented and creative figures in today’s cardistry scene to headline this year’s event. So in addition to the eight cardists from our organizing team, we’ll also be featuring six other influential cardists from around the world.

Not only will you be able to see them perform live, but you’ll also be able to gain insight into their creative processes, learn a few of their signature moves, ask them any questions you have about the art, and most importantly, session with some of the best cardists in the world for an entire weekend. How awesome is that?

The identities of the other six cardists are enshrouded in mystery for now, but we will be revealing a new name from the line-up every three days right here on our IndieGoGo page.

YOUR PASS TO ATTEND CARDISTRY-CON IN BROOKLYN

As the event space is limited and several spots have already been reserved for organizers and headliners, only 52 event registrations are being offered up for grabs.