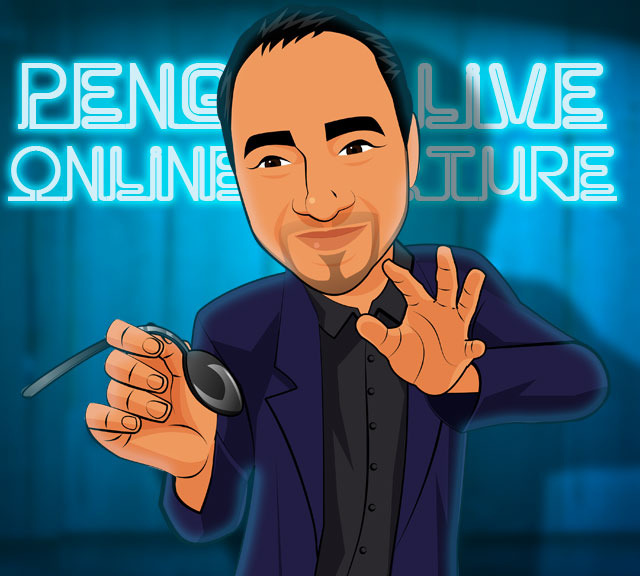 Alain Nu, “The Man Who Knows”, has performed all over the world, headlined at casinos in Las Vegas, amazed people on cruise ships, given talks and demonstrations for leading scientists, staged his own program at the Internatonal Spy Museum in Washington DC, entitled The ESP in Espionage, predicted the Academy Awards on Las Vegas TV, and has even starred in his own four-part network television mini-series for TLC called, The Mysterious World of Alain Nu (2005).

Based out of both Washington, DC, and Las Vegas, he is also known among his peers as an avid researcher, creator, explorer, and author of his findings. Some of his creative work as an early mentalist can be found scattered in old lost periodicals and hard-to-find magic-trade publications. Nu has since spent more of his recent years focusing his career towards that of being a performer and public figure, headlining at theaters and clubs. He is also the author of Picture Your ESP! (2010), and State of Mind (2015).

In this first-time appearance as a Penguin lecturer, Alain Nu reveals his deepest thoughts about mentalism, creative mystery-making and real mind power and shares an impressively impromptu assortment of his amazing collection of secrets.

Previous MATAHATI By Parlin Lay
Next The Journey by Matt Johnson