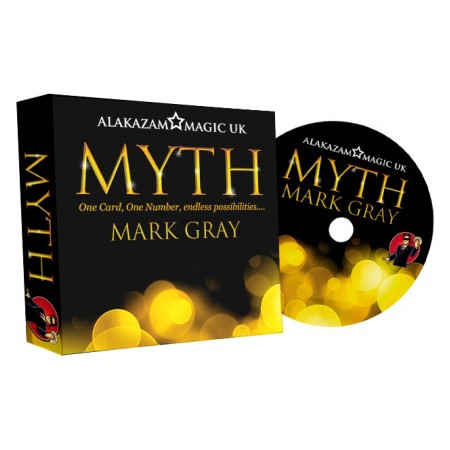 A thought of card, a random number and an impossible double revelation!Mark Gray has finally released the effect that he’s been slaying both magicians and lay people with for the past few years.Myth unique plot combined with an ultra-clean handling makes for an incredible effect that hits them right between the eyes! Imagine the following…Two decks of cards are introduced, One deck is opened and spread showing that the cards are in a random shuffled order, the other deck is left untouched for the time being.Your spectator is asked to name a card as they cut the open deck, thus changing the position of every card in that deck.